Every year Easter day is ushered in with a sunrise church service, maybe a family egg hunt and full on a feast! Well, no wonder we are ready to kick back and relax during this holiday season. When the festivities start to wind down, and the food coma starts to kick in, queue up these top Netflix series.

If being your own boss is something you aspire to, why not use your TV time productively by watching these shows and boosting your business knowledge?

A critically acclaimed and multi-Emmy® Award-winning entrepreneurial-themed reality show that has reinvigorated entrepreneurship in America, returns to The ABC Television Network this fall for its 10th season.

Watch it because this business-themed show has become a culturally defining series and inspires a nation to dream bigger recently amassed an astounding $100 million in deals offered in the Tank.

Loosely based on real-life personalities and companies, this series offers insight into the tech industry and gives viewers a chance to chuckle at eccentric entrepreneurs, while providing a look at the frenetic, high-stakes, cut-throat reality of the start-up world.

Watch it because it’s a good lesson in what it takes to turn a good idea into a profitable business – all the things that computer programmer Richard lacks, such as a level head, excellent negotiation skills, a supportive professional network, and a trustworthy mentor.

Starring Don Cheadle and Kristen Bell, House of Lies take a hilarious look at the world of management consultants and the various ways they make their smug, corporate fat-cat clients for a ride.

Watch it because it makes you realize that the decision to outsource services rather than bringing them in-house can make or break your business, and the fact that that high-profile firm you spend a fortune on to improve your profitability may, in fact, be playing you.

A story of trials and tribulations of four young entrepreneurs who quit their day jobs to pursue their start-up venture.

Watch it because four friends rediscover what they really want in life and the challenges they face in getting their start-up idea off the ground. Its story is inspired from HBO TV series “Silicon Valley,” but the plot is well designed for an audience who are not well aware of the Idea of Start-up.

Follow Elliot, a young programmer by day and vigilante hacker by night, who finds himself conflicted when he gets recruited to destroy the firm he is paid to protect. This show explores the struggle of decision-making and is ripe with examples of how a single individual can change the trajectory of a business.

Watch it because it’s brilliant and witty and critically acclaimed, and also because it’s a great outlet for anyone who secretly wishes they could cause the downfall of the “evil” corporation that employs them without ever being found out.

Let’s kick start the Easter holiday with these amazing series! 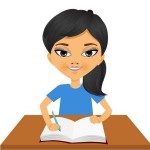 6 thoughts on “5 TV series every aspiring entrepreneur must watch”