“ Oro Sulaimanilum oru ithiri Mohabbat venam. Adhu Kudikumbol, logam ingene padhukazhai vanu nikenam” (Every Suleimani needs a bit of love in it. And when you drink it, the whole world should slowly stop and stand still)

Very few malayalees can forget this dialogue. For a lot of people, the movie Ustad Hotel was the ushurer for the love of this magical Malabari drink, Suleimani tea. Even if my world did not stand still like it did for Uppupa and Faizi, some of the best things in my life have happened over suleimani. Wondering how?

Post the movie Ustad Hotel, I’m sure a lot of people would have tried suleimani for the 1st time in their lives, and so did I. It was love at 1st taste. Soon enough, I had to leave Kerala for my higher studies and reached a new state, new city – you could call it Pune. In the new city, I had made acquaintances, but not friends. One weekend few of us decided to explore the city. None of us knew the other so well but still went ahead. Nobody had a clue of the place and was roaming around aimlessly. It was hot and everyone was dead tired. We were walking across a busy street and suddenly my eyes struck something very familiar. It was a board written in Malayalam and it read Kerala Fast Food. I knew my eyes had struck gold. I called up everyone and asked them if they were interested to try Kerala cuisine. Being the only south Indian in the group, it took some amount of convincing and pleading to get the others into the place. The moment we stepped into the shop, the shop chettan, Babu, instantly recognized me as a malayali. With the ‘naatil evedeya’ question, we instantly became friends. The way we spoke, my friends though I knew him from before and were shocked to know that we didn’t. They were in awe of the great malayali bonding.

It wasn’t a special day and I was expecting just normal, regular Kerala meals. But then the chettan told me there was sadya today. I was happy beyond anything. It was his 10 year old daughter’s birthday. His family was back home in Calicut. He was missing his daughter’s birthday and the only thing he could do close to a celebration was to make a sadya. None of them had ever had the traditional Kerala sadya and I assured them that they were in for a brilliant experience.

The sadya was served in the banana leaf. Sambhar needed no introduction. The fat rice with brown lines (of course, that’s how they would describe it) was heavy, but yummy. Kaya varuthatu (banana chips) and sarkara upperi (jaggery coated banan chips) disappeared even before the rice was served. Avial was an instant hit. Pineapple pachadi and kalan were loved by most of them. Erissery did not capture their hearts that well. They took some time to get used to the flavor of puli inji, but eventually fell in love with it. Half into the sadya, I could see them tired of eating but still wanting more. It took some convincing for them to try palada payasam with pappadam. But the moment they did, I knew they felt joy.

My banana leaf was clean as it could get and the others had made a mess of theirs. For any malayali, watching their leaf would have been a torture. But I forgave them, for it was their 1st time. They will learn how to eat a sadya well eventually. We were almost done and leaving when I saw Suleimani tea written on the shop’s board. My memories of drinking it came back running and I told everyone that there is no leaving without trying this. They weren’t sure so we ordered just 2 glasses. While we were waiting, I gave a brief introduction on what suleimani could be from my little knowledge of it. Sulaimani chai is an aromatic sweet sour tea originated in Arab and popular in the north part of Kerala, the Malabar region. The tea is made without milk and attains a golden yellow colour. The flavour of Sulaimani can be enhanced by adding spices like cardamom, cloves but commonly they add lemon. It is usually had after dinner or a heavy meal. While explaining I could already smell the mint. Babu chettan served it with lemon. I blew into the hot steaming glass of suleimani and I noticed all of them looking at me waiting. They thought there would be a way to drink this as well, just like the sadya. I couldn’t stop laughing and told them to drink it any way they want. Everyone took a sip and was mind-blown. They were in awe of suleimani. What started off as 2 glasses turned to 10 and 15. Everyone was relaxed and started talking about them, their stories. It was the 1st best week in Pune.

We, who started off as ‘acquaintances’ became ‘friends’ and I was sure that a little more of suleimani was all that needed for us to become the best of friends.

That day I realized, a glass of suleimani is always the best idea.

P.S. If not all, most of us became the best of friends eventually and we had  innumerable number of suleimanis from Babu chettan during the course of our life in Pune.

How to Make Sulaimani Chai?

Here is a simple recipe in case your mind brews for a hot piping Sulaimani chai. Serves 2. 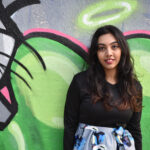 A passionate writer and blogger, I have been associated with national level story slams as a storyteller. I love writing because people laugh, cry, be angry, feel disgusted or experience absolute joy through reading. I love this power about writing, that it can move people. Writing about Kerala is like having a sadya. The individual dishes with their unique flavours are the various emotions and when these are combined, gives you the most outworldly experience.