Art finds its way to stay in the minds of its audience in a way that the creator might not have dreamed of. Each piece of artwork speaks a lot about the dedication one has to a reason, or a person, or an event. Some might also seek solace in art as the days of deadlines daunt your dreams. People find happiness involving their brain cells in a creative task, only to free them from the real world that might limit their dreams.

Here is a researcher in fluid mechanics who found his tryst with artwork with Rubik’s cube. A unique form in itself, he finds his time to translate a picture to a visual retreat using his cubes. Being one of the firsts in the state to formally organize Rubic’s cube events in the state, he inspires people to find time for passion even if days demand your time invested in your career alone. In conversation with Hariprasad CM, the brain behind Hariology.

Brief us about yourself, your background, and your ventures.

I am Hariprasad CM. I am from Aranattukara, Thrissur, Kerala, and I work as a Research Associate at Amrita University, Amritapuri Campus. I am also halfway into a collaborative Ph.D. between the University of Rhode Island and Amrita University in Fluids Engineering.

Could you tell us your story with Rubik’s cube? When and how were you introduced to it?

I received my first Rubik’s cube when I was six years old. For about 14 years, I had no idea that it could be fully solved and all I could do was solve one side at a time: intuitively, though.
I ran into one of the YouTube videos where I saw a kid solving all the six sides, and I was astonished to the core. The only goal I probably had back then was to learn how that’s done! I couldn’t find anyone I knew that could solve a Rubik’s cube. So, I looked up tutorials online and landed on a very obscure video of someone explaining it. I sat with that for hours together and pulled an all-nighter to finally get it solved for the first time around 4:30 am on Oct 2nd, 2010!

Ever since then, I started teaching cubing to almost everyone I know who was interested. I organized cubing workshops at schools and colleges and eventually managed the first-ever cubing competition in Kerala that the World Cube Association recognized. It was organized at Amrita University as ‘Amrita Cube Championship-2012’, which was only the 24th such competition in India.

What method do you follow for solving the cube? How long did it take you to master it?

Like almost everyone else, I started with the beginner’s layer-by-layer (LBL) method and switched to the most common speedcubing method called CFOP. But over the past year, I have been enjoying ROUX solves as well.

I wouldn’t say I have mastered cubing yet!  Even though I have spent more than a decade with cubing, mastery over speed is not something I prioritized. I thoroughly enjoy the process of cubing, and I have never felt the urge to rush my solves. I honestly envy my students who solve much faster than I do; because they get to spend ample time practicing the solves. I would instead call myself a cube-enthusiast than a speedcuber.

Could you talk about a few challenges that you faced as a Rubik’s artist? How did you overcome these?

Being into drawing and painting since childhood, and digital designing lately, Rubik’s art was something I was confident I could do. But one of the most significant challenges I had to face was managing the finances. Investing in my first 600 cubes without depending on anybody was a tough decision to make. Even though my parents were very supportive, I didn’t want them to chip in any money into this venture. My best friend, Maya, inspired me to invest so much money into cubing because she thought it would be something I would genuinely enjoy doing.

I, pretty much, was on loan and ended up paying for the cubes in installments. But I wouldn’t regret that decision ever!

What inspires you to take a step on this artistic venture? Do you have a role model?

My primary goal, always, was to promote cubing. I could see a lot of kids struggling when they didn’t have a creative hobby. The lockdown added to it when they are stuck with the screen almost always. Be it online classes, gaming, or watching TV, I noticed them potentially harming their eyes due to the absence of a creative outlet.
It was vital for me to gain visibility to be heard by the wider public. Rubik’s art is a unique art form, and with the urge to connect my favorite hobbies, I decided to make portraits of public interest under the branding – Hariology. That helped me quite much to promote cubing. One of the greatest helps I received was from Aparna Balamurali, the Indian actor who joined me in making a video tutorial for solving Rubik’s cube. The YouTube-based tutorial series called “Cubing with Aparna Balamurali” was the primary output of this collaboration.
I don’t know if I have any role models here. But Vivek Prasad Mada from Speedcubing Bangalore is someone whom I would always be thankful to. He is one of the pioneers of Cube art in India. Bernett Orlando, Giovanni Contardi, and Prithveesh would probably be few others who have inspired me.

Could you talk about your journey with Thermal and Fluids Engineering? How did you fall in love with the subject?

The love for the physics of flight is what brought me to Fluids Engineering. As a kid, I always wanted to understand flying. During high school, I was sure of pursuing Aerospace Engineering as my baccalaureate. But I ended up joining Mechanical Engineering with the vision of narrowing it down in the future. My professor of Fluid Mechanics, Dr. R Ajith Kumar, introduced me to the world of Fluids, which eventually became an integral part of my life ever since. I always say, “I love fluids as much as I love the cubes!”

What advice do you have for students who want to pursue research as their career, and when do you think they need to be exposed to these opportunities?

I am not so sure if I qualify to give advice. But one thing I always tell people who are dear to me is to nurture a creative hobby alongside their research goals. It is essential to have a go-to without having to depend on someone else.

In addition to that, “follow your passion” is something I have heard quite a lot. But what I have felt is, one can have a clear-cut academic/career goal and still follow your “passion.” You don’t necessarily have to leave one for the other. You are capable of excelling in both once you find a proper balance.

Being a KVian has its perks. What do you treasure most from your experience there? How did it affect your liking towards research and solving challenges?

Yes, being a KVian has its perks! Big time!

I studied my first grade in a different school. And when my parents decided to move me to KV Thrissur for my second grade, there was no vacancy left except in first grade. They made me go through first grade again only so that I’d be in KV along with my older sister. To date, I consider that as the best decision my parents have ever made for me!

Everything that I am today, I owe it to my school and the fantastic bunch of teachers who treated me as their child! Being one of the naughtiest ones in the primary section, I had to spend most of my lunch breaks and free periods outside of the staffroom with hands crossed at the back and facing the wall. Everybody knew me like the naughty one, and I had their attention always!

The quality of education I got and the opportunities KV gave me to explore my hidden talents are just a couple among the million things KV gave me. The entire twelve long years I spent there were exceptional. A plethora of opportunities to meet new friends from different states, cultures, native languages, and walks of life, yearly camps, exhibitions, zonals, regionals, nationals, the Bharat Scouts and Guides, CCA, SUPW, morning assemblies, Friday special programs, Hindi week, corruption awareness week, the off-timing vacations, and what not! I’m sure I would have been a different person if I were not in KV and the mere thought of it dreads me.

What else do you pursue outside of cubing as a hobby?

Even though I was trained in music for about seven years, I don’t sing much in general. I can also play percussion instruments to accompany singers in the absence of a dedicated artist. I have performed a few magic shows and used to play a lot of chess. Apart from that, I thoroughly enjoy watching different artforms and also enjoy cooking. 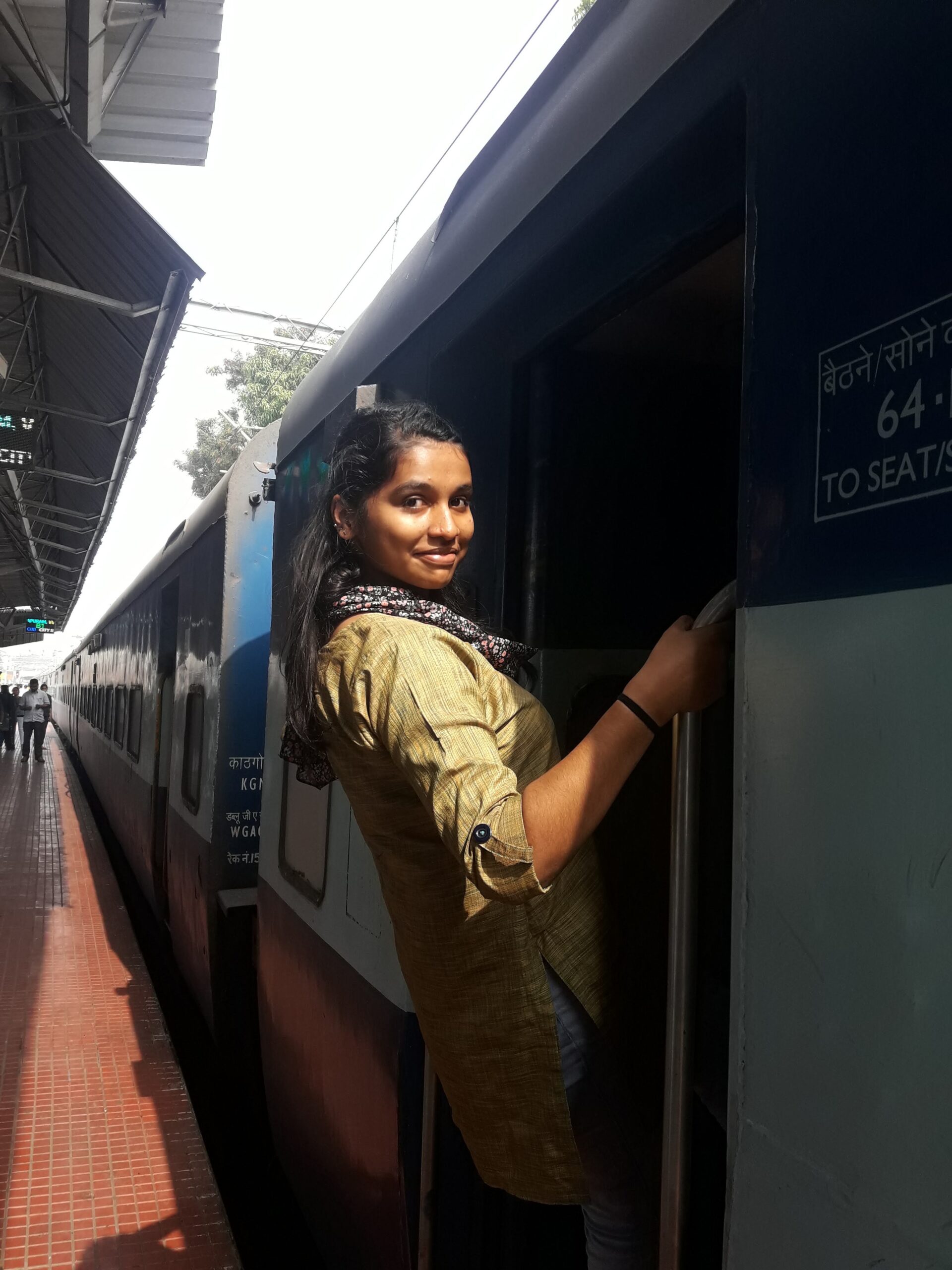