We live in an era when each of our tasks can be taken up by a robot and done within a fraction of the time that we take. But what separates us from them is the human heart that drives us, the emotions that control us, and how we know to put ourselves in someone’s shoes and understand the feeling they’re going through. Some see it and empathize while those with a more profound understanding rise to the situation to act set an example for others that compassion and the readiness to act defines the human race from the world of zeroes and ones.

Here is an individual who shifted to the US early in his career, only to give back to what raised him. Relentlessly working with the Federation of Malayalee Associations of Americas, he has proven to be golden for a community like ours where tradition and values knit us together—in conversation with Jose Abraham on his remarkable journey as a social worker, bringing colors to the lives of hundreds.

Tell us about yourself, your background, and your previous ventures.

I am Jose Abraham, a graduate in social work by education. I relocated to America in the early 2000s, and in between, I was a  yoga instructor, and during that journey, I discovered the power of networking. I found the owing expansion of Malayalees in America. I then started to immerse myself in various local organizations here in New York when I realized that the ultimate purpose of these groups was to continue a sense of tradition and bonding that we had felt while living in Kerala.

Could you tell us about the Federation of Malayalee Associations of America (FOMAA) and your association with the team’s projects to give back to Kerala and its people?

The Federation of Malayalee Associations of Americas (FOMAA) was founded in 2008 as a nonprofit focused on bringing together American Malayalees across the Americas. Since I joined as a national committee member during the early years of the organization, I have eventually been elected to lead as an executive member (General  Secretary) during the 2018 – 2020 year; I’ve had the privilege of seeing the organization grow. From focusing on cultural activities to expanding to include charitable giving, FOMAA, has grown to be a  leading international Malayalee organization.

Since joining FOMAA, I was tasked with various lead projects such as the Regional Cancer Project  (RCC). I was a founding member of a sub-forum within FOMAA known as FOMAA Legal Immigrants  Forum, various medical and surgical camps, and the FOMAA Village Project.

Each of the projects that I’ve had the opportunity to lead has brought me to understand more of the Kerala community in different apertures. When it comes to culture and diversity, it is not just the mere idea of being inclusive to one another but instead encouraging competency amongst those growing up in a multi-cultural environment. This begins with our leaders,   communities, and organizations to create an aura of acceptance and comfort for everyone on this planet.

The RCC project was vision was to provide healthcare access to children, the Immigration forum will hopefully bring more people the opportunity to go and reside in the US as working-class citizens, and the FOMAA village is forever a promise to the people of Kerala that we will always be there to uplift the most forgotten communities into thriving ones.

Could you brief us about the FOMAA village and the story behind it?

The flood crisis of August 2018 shook all of us to our core. At the time, I was just elected as FOMAA  General Secretary, and the executive team and myself were just getting acquainted with our roles and the national committee team. When the crisis started to erupt, FOMAA began its first-ever digital fundraising campaign via Facebook, where we were able to raise well over 25K USD within days. After seeing the passion from our community and their concern as to where the money would go/how it would be dispersed – the executive team and I decided the money we raised should rightfully go to the people impacted the most. We were gifted property from some of our community  FOMAA members. We established a strong relationship with the Kadapra local  Panchayath District, where we constructed 40+ homes.

FOMAA partnered with Thanal, a leading nonprofit organization within Kerala, to construct the homes. This organization’s partnership became a historic moment for FOMAA as the government recognizing nonprofit has a well-proven and established track in house construction and public health.

The course of this project, from inception to the homes being built, took around one year. Various other  FOMAA officials and I visited the property and homes in mid-2019, where the families and children’s warmth and hopefulness brought us, as FOMAA, to fully realize what it means to be a  humanitarian organization indeed.

What are some of the challenges you faced in your career? How did you overcome these?

Personally, the one constant challenge I would say I continuously face is time. I am a full-time social worker for the State of New York. During the period in which I was actively involved in FOMAA, I will admit it was challenging to juggle work, passion, activities seamlessly. But being that all three are my passion, it was simply a matter of prioritizing and communicating with the right people explaining what needs to get done.

Teamwork and trust would also come as a infrequent challenge – not so much with my career as a  social worker – but as part of FOMAA as the administration officials change every two years. I often had to work as a mediator to ensure seamless transitions would occur.

During the times that challenged me, it is the strength that I received from people around me that got me going, I appreciate my wife Jiji Abraham for her wholehearted support to my social activities to fulfil my commitment.

What other passion do you pursue? What intrigues you as much as serving one’s community?

I would consider myself a passionate artist. There was a time where I believed I would be a famous  Malayalam actor. That’s honestly how I got myself involved in the local community organizations – I  would be a part of skits and dances where it would allow me to ignite my artist flame. I even acted in a few short films – but the one thing I noticed in being a part of these creative projects was the group of people that surround them. You remember the moments together the most. The same goes for when I was tasked to lead the RCC and FOMAA Village Project – I remember the moments when we came together as a team under pressure, I remember the sleepless nights where we shared our ideas of how we can make the project unique in every way possible, I remember the smiling, warm faces of the families we met at the Kadapra FOMAA Village site. Therefore I do what I do. I believe in the memories and sharing those beautiful memories with the people around me.

Do you have a role model you look up to?

Dr. A.P.J Abdul Kalam. He spoke to the people of the country – the youth – inspiring them to think bigger and better. Any individual who can think progressively and uplift the youth by listening, learning, and furthering their desires and passions are ones I look up to.

I am only human; however, I believe in my capacity to learn from others and continuously learn. After  all, “if you fail, never give up because FAIL means First Attempt In Learning.”

Being an Indian living abroad, you get to hear stories from a different culture that move people. Do you have a particular account that affected you deeply?

Having lived here for most of my life, that too, in the city of dreams, I’ve heard my fair share of stories, but some of the most remarkable stories I’ve listened to are from my former classmates. They are scattered across different points of the earth. Some in Kuwait, some in London, Australia – and the drastic change from studying in our classrooms to living as family men and women always surprise me.

What are your plans? Where do you see yourself in five years?

The answer to this question constantly changes for me as I am a man who believes in thinking for the year ahead. However, I aspire to continue to lead my community in hopefully more creative ways than one and, of course, to be there for my three boys to guide them and their passions. 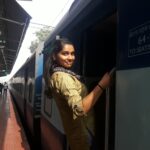