He is the recipient of Literoma Laureate Award in 2019 and Literoma Star Achiever Award 2020. His book Random Subterranean Mosaic: 2012 – 2018 won the best book of the year 2019, the A List Award for excellence in fiction by the NewsX Media House and Certificate for The Real Super Heroes for spreading a spirit of positivity and hope during the COVID-19 Pandemic from Forever Star India Award 2020.

He has been featured in the national and international news like The New York Guardian, Nigerian Tribune, Kathmandu Tribune, Forbes India, etc for his contribution to the literary world.

Apart from being an author Sabarna Roy is a trained Civil Engineer who passed out with a First Class Honours Civil Engineering Degree from Jadavpur University and holds the position of Senior Vice President with Electrosteel Group. He is currently completing 25 years with the company and engaged in leadership training to Business Development, Applications Technology and certain key Strategies in the Electrosteel Group.

He has also written a technical book titled Articles on Ductile Iron Pipelines and Framework Agreement Contracting Methodology published by Scholars’ Press in European Union with two of his Co-authors, which have been translated into 8 major European languages.

He also participates in national and international conferences on talks relating to ecology, climate and environment. He is an ardent believer of the Paris Climate Accord and believes in lowering the Carbon Footprint in the industry to reverse the climate change effects on the planet.

Let us know more about this multifaceted personality, his journey to becoming an author and a glimpse into his literary work.


Please tell us about yourself. Considering your background as an Engineer how did discover your love for writing?

I had a normal and happy childhood. My family consisted of my parents and my younger sister apart from me. My father was a Marketing Professional and retired as Chief (Marketing) from Steel Authority of India Limited in 1996. My mother was a homemaker, who mostly took care of our studies. My sister went on to do her doctoral thesis from Jawaharlal Nehru University and I did my Bachelor in Civil Engineering (First Class Honours) from Jadavpur University in 1988.

I have been a poet since the age of 18. The first book that was published by me was a slim book of English poems, titled: Pain in 1986, which created a stir in the student circle in Calcutta. I almost abandoned writing in 1989. I wrote a full-length play in Bengali in 1994, which was later published in the annual edition of the renowned Bengali Journal Bohurupee in 2010. Apart from this, I did not write, except occasionally. I was an oral storyteller between 2002 and 2005. In July 2007, I was almost bugged by a very potential virus to write. I felt I would die if I did not write. Since then, I have been writing very seriously and my first book got published in 2010, it’s titled: Pentacles.

Between 2010 and 2020, I have produced 6 Literary works. After Pentacles, came Frosted Glass, followed by Winter Poems, and thereafter came Abyss. In 2019, Random Subterranean Mosaic: 2012-2018 was published and in June 2020, Etchings of the First Quarter of 2020 was published.

I have also written a technical book in 2019, titled: Articles on Ductile Iron Pipelines and Framework Agreement Contracting Methodology published by Scholars’ Press in European Union with two of my Co-authors, which has been translated into 8 major European languages.

You have written and published six books in total. How do you decide on the topic or subject to write on?

The story that I am going to tell springs out like a fountain from inside my soul organically. Since I am a natural writer, I follow whatever comes out of my soul instinctively.

Your first book titled Pentacles got released in 2010. How do you see your journey as an author with your latest release Etchings of the First Quarter of 2020?

I want to see myself as writing more interesting things in the future on newer subjects and in newer formats.

What was the inspiration behind the book Etchings of the First Quarter of 2020? What significance does the year 2020 hold to the plot of the book?

Actually, I wanted to write something for my daughter for a very long time. Secondly, duality or dualism of life, and conflict between a poet and his alter-ego are subjects, which have bothered me for a very long time. In the first three months of 2020 I wrote a novella surrounding duality and a series of poems that depicted the conflicts between a poet and his alter-ego. I wanted my daughter to get exposed to intriguing issues and widen the horizon of her mindscape. This is how the concept of Etchings of the First Quarter of 2020 occurred to me.

What is the key theme or message in the book for readers?

Etchings of the First Quarter of 2020 comprises a novella and a poem cycle.

The novella, in the background is a sweetly evolving dialogue between a step-father and a step-daughter, and in the foreground it is a dissection of ideas pivoted around dualism of human life by discussing literary characters like, Lolita, Humbert Humbert, Anna Karenina, and Nikhilesh; thought-leaders like Hegel, Marx, and Heisenberg; political phenomena like, the Bolshevik Revolution; schizophrenia, love as an idea, and the secret love story of T S Eliot; and ecological phenomena like, marine conservation, and all of this is done in a unique way, almost as if we are engaged in a conversation with the author, to make us realize the plurality of life and accepting it to find peace and harmony in life.

The poem cycle is an anthology of 20 sharp edged poems that excite and thrill you as you are encapsulated in the whirlwind of the confrontations between the poet and his alter-ego.

Tell us something unique about your writing style?

I do not know what is actually unique about my writing style, if there is any. But one thing that I try to do very persistently is how to make my stories less uncluttered and lucid for my readers so that what I am trying to say behind the story expresses itself automatically.

Lot of my readers have commented that in certain sections in my writings I am influenced by surrealism, magic-realism and stream-of-consciousness.

What is the most difficult part about writing for you? Do you have any advice for upcoming authors?

I mostly write on things that I know well. But I do research for sharpening specificity of characters and events in my books.

I can give a few tips, which can work remarkably well for aspiring authors and poets:

How do you juggle the roles of an author and that of a Senior Vice President of a big Corporate Sector?

Frankly speaking, I earn from both: as a Senior Engineering Professional and as an author, and as such, it is significant for me that I treat both my professions seriously and sincerely. As such, I migrate between the two professions seamlessly on a day-to-day basis. I have been able to establish a kind of harmony in this sphere in the last 12 years.

Do you have any book or collection to be penned down soon?

I am presently working on a book on the Pandemic. I wish to publish this book after autumn is over in 2021.

Apart from writing what are the other things you enjoy doing?

Which is your favorite author and book and why?

Albert Camus is my most favourite author. I would like to recommend his two novels to the readers: The Outsider and The Plague. These two novels are historical in the sense that they set-out to define the post-modern existential era in a definitive manner. 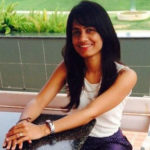